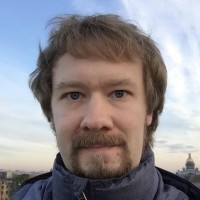 My name is Andrey Vlasovskikh. I'm a software developer from Saint Petersburg, Russia.

I'm mostly known for my work at JetBrains on PyCharm, the Python IDE for professional developers. From 2011 to 2022 I was its developer, the technical lead, and the team lead. I program in Python, Kotlin, and Java. I'm an active open-source contributor and a conference speaker.

You can find me on GitHub, Stack Overflow. Feel free to drop me an email.

intellij-micropython
Plugin for MicroPython devices in IntelliJ and PyCharm

See also my other projects at my GitHub page.

I participated in Python Language Summits and Typing Summits and contributed to type hinting PEPs:

I reviewed drafts of PEP 484 to make sure it can work for editors and IDEs, not only for type checkers. Editors run type inference incrementally for performance reasons. They also use it in contexts other than type checking: navigation, code completion, refactorings, etc.

I also contributed enhancements and fixes to the typing module and backported it into CPython 2.7 to simplify the transition from Python 2 to Python 3.

Working on PyCharm at JetBrains

When I joined JetBrains in 2011, PyCharm was still a very new product, virtually unknown in the Python community and developed by the team of 5 people. I was aware of how much you can benefit from a Java IDE, but tooling for Python and other dynamic languages was very poor back then. I wanted to make tooling for Python better, so we can develop in Python with pleasure. 😎 Listen to this podcast episode to learn more about the early days of PyCharm.

With PyCharm, I quickly realized that the most fun part of developing a product was getting feedback. 🔄 Social media, conferences, the bug tracker, the support channels were very helpful for keeping me motivated and staying in touch with the needs of the users.

Some results of my work as a developer of PyCharm:

I coded most of these features in Java and Kotlin, the main languages of the IntelliJ platform which PyCharm is based on. At the same time, I was coding in Python and dogfooding PyCharm for my open-source contributions and pet projects. It allowed me keep up to date with modern technologies from the Python 🐍 ecosystem: new Python versions, Cython, Pipenv, Poetry, pytest, Jupyter Notebook, NumPy, pandas, Django, Flask, FastAPI, asyncio, Pydantic, SQLAlchemy, Mypy, Flake8, Black, pre-commit, etc.

I also became a conference speaker in the Python community. 💬 I went to many conferences to present talks on PyCharm, static code analysis, type hints, new Python versions, functional programming, and more.

In 2018, I became the technical lead of PyCharm (the team of 20 people). Some highlights from this period:

Besides PyCharm, I also worked on several other projects:

How I Started with Python

I discovered Python in 2004 when I was a student at Saint Petersburg Polytechnic University. I started using it more and more and gradually fell in love with Python. ❤️ It was beautiful, simple, perfect for prototyping, and more. At some point, I was using Python for every class I had at the university, even if it wasn't the best choice (e.g. hardware design, cryptography). I just wanted to see how far you can take it.

I got a master's degree in computer science in 2007. 🎓 By then I was already working at Digitek Labs as a software developer in Python, Java, C, and Delphi. Some Python projects that I did there:

In the late 2000s, I started contributing to the Python community. I created an open-source library funcparserlib. It's a recursive descent parsing library for Python based on functional combinators. In 2022, with about 100K monthly downloads as a dependency of other projects, it's 0.1% of its most popular alternative PyParsing.

I'm not into competitive programming since I'm not that interested and knowledgeable in algorithms. 🥱 Nevertheless, almost every year since 2009 I've been participating in the ICFP Contest with my team. I like it because I can code and have fun with my teammates for 72 hours of the contest running time. 🍕 Watch our talk about how exciting it can be. Our highest achievement was the 19th place out of roughly 200 participants.

In 2021, I also started participating in the Advent of Code. It turned out to be fun. 🤓

For more stories check out my blog.